While the country awaits a final decision in the US Presidential race, the Jefferson County Business Lobby wanted to share with you a brief summary of the Colorado results, focusing mostly on state-level races, and their implications for our clients.

Colorado voters again led the country in turn-out, with a record 3.3 million votes and a 78% ballot return rate. That ranks Colorado in the top 5 nationally. Unaffiliated voters — the largest block of voters in Colorado — again returned far more ballots than either Democrat or Republican voters. Maybe most telling, U’s increased their turn-out almost 40% over 2016, whereas R and D turn-out was on par. Democrats jumped out to a huge (200,000+) early lead in mail ballot returns. Republican voters eventually caught up and beat Democrat turn-out, however, at least as a percentage of each party’s registered voters.

Colorado polling for the top-of-the-ticket races seemed remarkably on target, compared to the huge polling misses — worse even than in 2016 — that we saw nationally. Both Joe Biden and John Hickenlooper maintained consistent leads in every reputable Colorado poll from the primaries on. Some polls predicted that Biden would significantly outperform Hickenlooper in Colorado – counting on many traditional conservatives voting against the President, but preferring to maintain a balance of power in the US Senate. That turned out to be more or less the case, with Senator Gardner outperforming Trump by about 4 points, but not nearly enough to overcome the President’s drag.

Despite much anticipation of Democratic gains in both the US Senate and Colorado Senate, the make-up of federal and state legislative chambers didn’t change drastically. Party control stayed the same at both levels, with only a few net seats changing hands. That seems somewhat remarkable here in Colorado given the Democrats’ lopsided victory at the top of the ticket. After a very successful 2018 election, the Democrats in Colorado have likely taken about all of the seats they could reasonably expect given the state’s lack of truly competitive districts.

As in the 2018 Blue Wave election, voters again demonstrated a streak of fiscal conservatism when it came to ballot questions, despite overwhelming wins for the Democrats at the top of the ticket. Voters approved two widely-opposed measures on the ballot restricting revenue to the state. More on that below.

Democrats capitalized on an anti-Trump Blue Wave election in 2018 to recapture the Colorado State Senate, giving them unified control of state government. Five Senate seats (three Republican and two Democrat) were seemingly in play in 2020. Democrat Senators Jeff Bridges and Rachel Zenzinger rather easily fended off their Republican challengers. The three Republican seats, however, were much closer. Senator Rankin and Senator Priola eked out wins against heavy spending and odds, while Senator Jack Tate’s open seat was flipped by Democrat Chris Kolker.

The Senate Democrats, therefore, will start the 2021 legislative session with a 20-15 majority; a net gain of one seat.

Colorado House Democrats came out of the 2018 election with a 41-24 majority, not far from a two-thirds veto-proof supermajority. Given the highly gerrymandered nature of Colorado State Legislative seats, and the fact that the political climate hasn’t changed dramatically since 2018, there was not a lot of room for either party to advance the ball. The Democrats were defending three close seats to the Republicans’ one. The result was no net gain for either side, as the Republicans and Democrats each lost one seat. Representative Buentello from Pueblo lost her seat while recently-appointed Republican Representative Champion lost his. Vulnerable first-term Democrat Representatives Cutter and Titone held off challengers in their races and increased their margins from 2018. A late charge against Republican Representatives Van Winkle and Larson didn’t pan out, but their margins suffered relative to previous years. The national wave of traditionally Republican suburban seats trending more Blue was clearly at play in many of these races.

The House Democrats will start the 2021 legislative session with the same 41-24 majority.

In perhaps the biggest surprise of the night, Amendment B sailed to victory with a 15 point margin. Leading up to the election, polling on the issue had been consistently too close to call. With its passage, the residential assessment rate will be frozen at 7.15% (barring a vote of the people to raise it). Further, with the commercial assessment rate now taken out of the Constitution, there is some faint hope that the Legislature will someday lower it from the current 29%.

The creation of state enterprises to levy fees for service has been the Legislature’s primary tool for finding new revenue for programs since TABOR was passed. (Fees currently make up about 20% of the state’s revenue.) Prop 117, which passed with just over a 5% margin, will curtail that practice by requiring new fee-funded enterprises to be approved by the vote of the people. The measure is statutory, so the Legislature could technically change it in the future. That scenario is unlikely, however, as they will feel tremendous pressure not to flout obvious voter sentiment.

Proposition 118 – Creation of a Paid Family and Medical Leave Program

As predicted, Prop 118 passed by a wide, 14% margin, garnering surprisingly significant bi-partisan support. The NO campaign was successful in whittling the margin down from the original 20% polling advantage, but there just wasn’t much that could have been done to defeat it. Premiums will be collected beginning in 2023, and benefits will be available beginning 2024. Expect to hear more from us on FAMLI in the future.

Bottom line: While the passage of Props 116 and 117 will benefit businesses and business owners, the resulting decreases in state revenues, especially in light of Colorado’s current budget shortfalls related to the pandemic, will put more pressure on the Legislature to find alternative methods of funding their top priorities. We will be watching for roll-backs of tax credits, mandates on businesses, and new private rights of action (as opposed to administrative remedies) as enforcement mechanisms.

State House and Senate Leadership races were held in three of the four caucuses on Thursday, with House Republicans holding their elections next Monday. Leadership in the Senate Democrat remained relatively stable, with Senators Leroy Garcia and Steve Fenberg returning as President and Majority Leader, respectively. Significantly, Senator Chris Hansen will replace Senator Rachel Zenzinger on the Joint Budget Committee. Republican Senators Chris Holbert and John Cooke were likewise rewarded with reelection to their posts as Minority Leader and Assistant Minority Leader.

As expected, Majority Leader Alec Garnett was chosen to replace KC Becker as Speaker of the House. Representative Daneya Esgar was elevated to Majority Leader. Her replacement on the Joint Budget Committee will be appointed by the Speaker at a later date.

From a numbers’ perspective, the Colorado State Legislature will look very much the same in 2021 as it did in 2020. From a qualitative perspective, however, the polarization in the electorate continues to be reflected in who they send to the Legislature. Each party certainly has their share of moderates, but both seem equally likely to continue the slow drift toward their respective ideological poles.

The overriding theme of the upcoming session will be the pandemic. Despite the faster-than-expected recovery in the state economy, budget decisions will likely be almost as painful as earlier this year, when roughly one-third of the budget had to be cut. This is due in part to the recent ballot initiatives and in part to the reality that FY20-21 cuts were mitigated by one-time accounting tricks that won’t be available this year. Nevertheless, the Governor and legislators will be looking for ways to stimulate the economy through new investment in infrastructure, transfer payments, and benefits.

Despite facing significant losses in revenue due to the pandemic, and dealing with multiple new employer mandates passed in the last legislative session, businesses should continue to expect to see the costs and complexities of additional social welfare programs shifted to them. New taxes and fees for businesses will also be very much on the table.

In closing, we should note that decennial elections are always critical, because of the census and reapportionment process that follows. Colorado voters in 2018 took much of the power to draw districts away from the politicians, however, with Amendments Y and Z. It is an untested process, but one that promises to bring more competitive seats, which we should all regard as a good thing. By the time the 2022 elections roll around, we will have a whole new set of district maps, at both the state and federal level.

Thank you, as always, for your continuing confidence and trust in Weist Capitol Group. Please let us know if you have any questions or would like any additional information about the election. 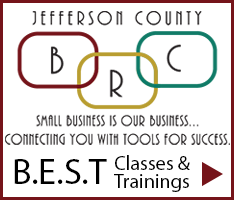